Margo is an Ayurvedic soap brand launched in 1920. Originally seen as a medicinal soap, because of its curing capabilities, the brand wanted to revive itself and establish its presence amongst the younger audiences as an Ayurvedic-Beauty soap.

KRDS decided to map the benefits of Margo against the offerings of its King ingredient, Neem. We gamified the experience on an app called ‘Neemology – by Margo’, wherein Users were prompted to take the quiz, as well as challenge their friends to find out if they are experts at Neemology. 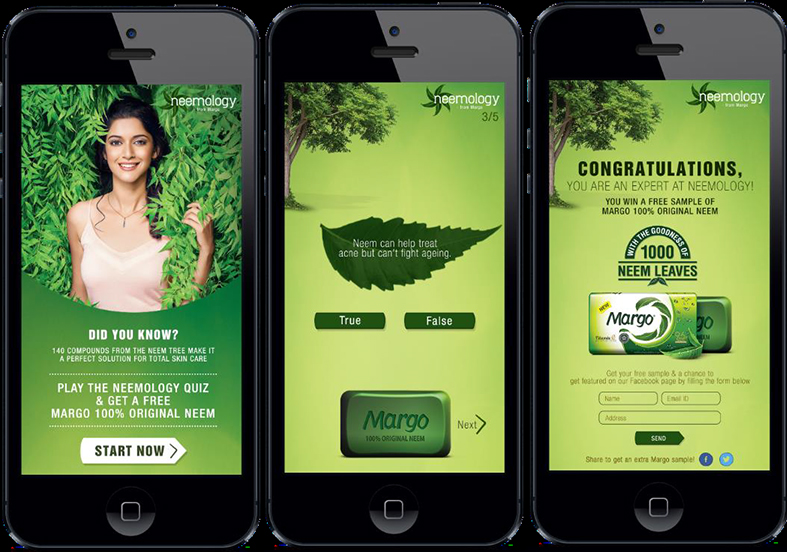 All that the users were required to do was to answer 5 questions about neem and its benefits for the skin.

At the successful completion of the quiz, users were given an option to leave their details in case they would like to try the new Margo for themselves.

The soap was sent to 12,000 people, hence, catering the samples to a very involved, interested set of audience. 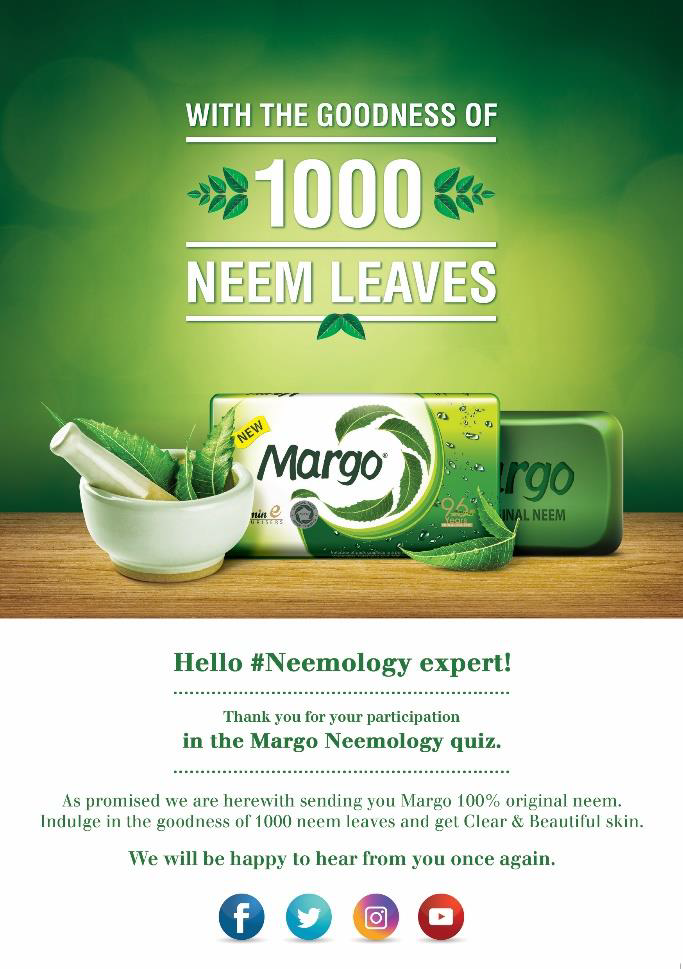